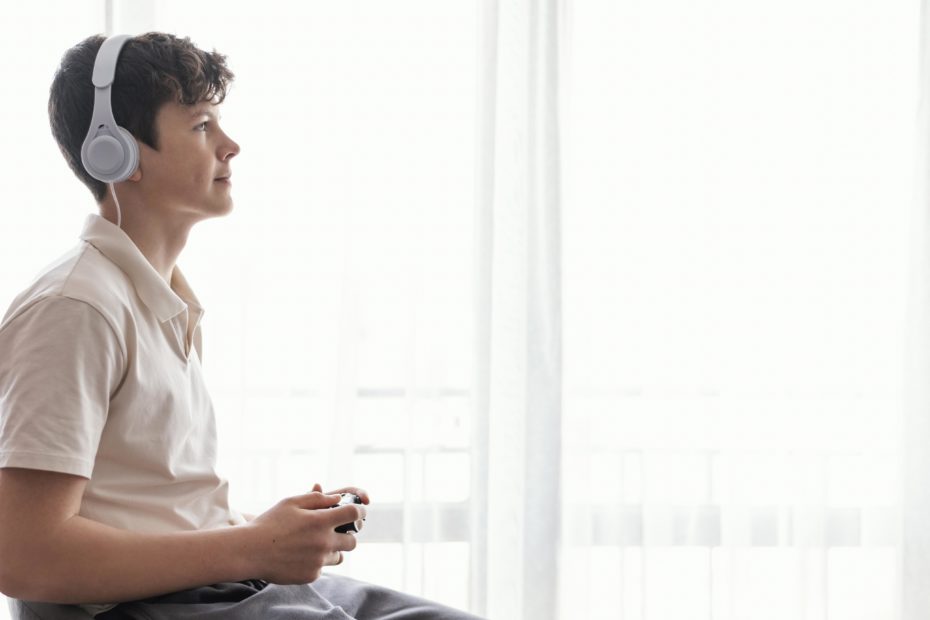 Reading books in English or a foreign language and watching series and films in their original versions have already become popular ways for people to practise the language and improve their level. However, we are far from having the same attitude towards videogames. Effectively, most people know that immersion is the best way to learn a foreign language, through living or even working in another country. It has been proven on several occasions that mastering English is seen as an advantage to open career paths and it can even become a necessity to access certain jobs. English is an official language in 53 countries and is recognised as a lingua franca for both commercial business and international economics, for example in communication media and on the Internet. Knowing English permits access to more content, given that many films and series are only published in English… just like many videogames. As previously mentioned, English is incredibly important in the professional sphere, but it is also useful to develop culture and to become more open-minded towards others. In the same way that we can acquire day to day vocabulary living in a shared flat with native speakers in a foreign country (or food vocabulary working in a restaurant), it has been demonstrated that it is possible to do the same with videogames depending on the type of scene and atmosphere.

The advantage of videogames is that they allow us to study different aspects of English and other languages, such as reading English, writing words, as well as oral and written comprehension. It also allows the player to create their own lexicon adapted to their surroundings and their age. Videogames have several advantageous aspects: it is possible to adopt idiomatic expressions or create your own dictionary, and to use vocabulary in context thanks to dialogues and simulations. It is possible to easily understand vocabulary as words are easily associated with images, and to improve written and oral understanding thanks to dialogues and game rules. Videogames allow players to learn everyday words, in addition to more technical terms depending on the type of game. War games allow players to learn military vocabulary, and fantasy games allow them to learn words related to fantasy and magic… New vocabulary is easily memorised thanks to repetition, especially when using the controls and menu. Being able to choose one type of universe out of all the games on the market when playing videogames is also a good option, as it speeds up the learning process and makes it more efficient when it is in a universe of interest to us.

However, for an effective learning experience, it is necessary to choose the game carefully. The first step is to put the game in its English version, which is usually the original, or in the language you are wishing to learn. Then, it is important to prioritise games with lots of dialogue and interaction with others, or those on a shared network with other players.

The best games for studying English and other languages are interactive games where the player can make choices throughout the narration. This way, the player identifies with the character and pays more attention to the script and dialogues in order to make correct decisions that could have a decisive impact on the rest of the story. To advance quickly in the game and to get back to the action faster, we often ignore dialogues and videos. However, these are the elements we must focus on to analyse interactions, different vocabulary and the register adopted by the characters in specific situations… It is usually necessary to click on the screen to get to the next dialogue, giving the player time to read at their own speed and to correctly analyse the information. One advantage of these games is that subtitles can be added so users are certain they can understand all the details of the story. These can be removed at any time for a more intuitive learning where the surrounding context and items support understanding.

However, if multiple-choice adventure games do not interest you, you could focus on war games, for example. The vocabulary will not be so advanced, but teamwork is an essential part of the game. You can focus on killing enemies whilst speaking with other players from other countries through the mic and the chat.

To learn English and other languages through games, we always advise players to evaluate their English or foreign language level to choose an appropriate game. If the game is too difficult, the player gets demotivated, making learning ineffective. After evaluating themselves, the player can choose the best game for them and give themselves objectives in both revising and learning new vocabulary. On the other hand, if you are already a game fan, you could play a previously completed game. This makes learning more enjoyable as the universe and missions are already familiar.

In conclusion, videogames are a good perseverance method. If the game gives you a code to crack, for example, the player must understand and decode any information given to be able to advance in the game. Despite stereotypes about violence in videogames, they have become a good method to learn foreign languages, provided that the game is chosen carefully, and playtime is not excessive.